Mavericks – for us or against us? 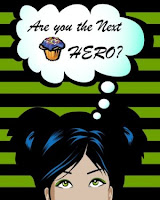 A qualitative research programme I did for a major multinational demonstrated that the original ideas behind all their significant innovations of the previous decade were attributed to people who might best be described as hero mavericks.

What’s more, although they may well have disliked each other, these mavericks had much in common. They hated bureaucracy, were disruptive, found it very hard to conform to corporate rules, were seen as difficult to work with, and they kept rather odd hours – you could never be sure where they were. They were the ones who were happiest going on long and lonely journeys in search of the Holy Grail.

One other thing: they had all left the company – some deciding for themselves to go, while others had been pushed out.

And it was generally agreed by their former colleagues that their departure was better for all concerned – for the mavericks and for the company.

Of course, this begs the question: if the way we’ve got breakthrough ideas in the past is from mavericks, and the ones we know about have left the building, how sure are we that we’ll get new disruptive ideas in the future?

Most of the large companies that I know could easily accommodate these creatures. After all they are always a small minority. But in order to do so, they need to be recognised, succoured and supported, not just tolerated.

Birth of the facilitator

It’s not given to many of us to change the world in any significant way, but George Prince and Bill Gordon did. The founders of Synectics, they were running an innovation consultancy in the 1960s, providing clients with new ideas to brief, when they realised that clients often rejected George and Bill’s ideas, whereas they went forward with rather similar ideas they had had themselves.

Eureka! Synectics was born out of the belief that if George and Bill helped, facilitated, their clients to get better ideas, they would have a much higher strike rate.

It’s an unfortunate fact that they fell out quite soon after and Bill set up separately, but the seed was sown, and by now there are thousands of innovators and organisations successfully using Synectics-derived methodologies around the world.

I once asked George where the word “facilitator” had come from. “Well,” he smiled, “we just didn’t seem to have a word for it.”

What’s your experience of facilitators and facilitation? Helps or hinders?
Posted by Roger Neill at 10:33 No comments:

“The old lemon throbbed fiercely. I got an idea!”

But does it always have to be so? In Jeeves Takes Charge, PG Wodehouse wrote: “I pressed down on the mental accelerator. The old lemon throbbed fiercely. I got an idea!”

In other words, ideas can come – sometimes by the dozen - by purposefully switching on the power and doing one’s own brainstorm. All you need is a pad of paper, a pencil and the will.

Why do we imagine that brainstorming has to happen in groups? Or that we have to wait for lightning to strike? Press down on the mental accelerator. Just do it…
Posted by Roger Neill at 12:16 1 comment:

“If at first the idea is not absurd, there is no hope for it.” 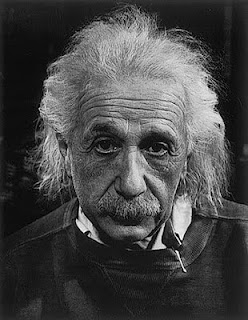 Of course, in reality it needs to come from both. But how to tell the difference when you’re confronted with a new idea?

One test is quite simple: does the idea seem somewhat (or even completely) absurd? If it does, odds are it’s not an incremental idea. But does that mean it’s a breakthrough? Maybe. Maybe not.

The thing about absurdity that Einstein was identifying in his famous line is that those who are experts in any particular field necessarily build up a series of boundaries and ground rules. By definition breakthrough ideas confront and in some way overturn one or more of those givens. So “experts” are often the very ones who reject breakthrough ideas.

That’s why so many organisations appear to be organised around the rejection of absurdity – and in the process jettison new concepts that might radically change their growth trajectory.

“Who the hell wants to hear actors talk?” asked Harry Warner of Warner Brothers, one of the greatest of the Hollywood movie moguls, in 1927. That was exactly the moment that talkies were to move from mere possibility to overwhelming success. Was he stupid? Not really. He was just an expert confronted with what seemed to him absurd.
Posted by Roger Neill at 07:27 1 comment:

Innovation Process as the Grand National

As organisations have struggled to systematise and professionalise their Innovation Process, so the course seems to have got longer and longer, with more and more jumps, many of them high and with boggy ground around them.

Sometimes the resulting course looks quite short, but the reality can be very different. A senior R&D manager in one company that I worked with told me that their Innovation Process has four decision gates, but he worked out that, on one particular project which eventually reached the market place, there had been in total over 160 decision points.

No wonder new ideas can take so long to get to market, often being dramatically sub-optimised on the journey (the death of a thousand cuts), and allowing competitors to get in there first. And so many good ideas can and do fall at any one of the jumps.
How does your organisation's process work?
Posted by Roger Neill at 07:14 No comments:

Come to the edge…

I first came across this short poem in the Saatchi and Saatchi annual reports of the 1980s:

In the Saatchi report it was always attributed to the British poet, Christopher Logue, but every time I saw it afterwards it was said to be by the French poet, Guillaume Apollinaire.

Saatchi was quite right – was it chosen by Charles Saatchi? It’s part of a long sequence by Logue published as New Numbers.

I think it’s really inspiring, coupling the power of creative risk-taking with the energy of committed teams in achieving success. It captures very well the spirit at Saatchi’s in the early days, on their way to becoming No 1 worldwide.

What do you think of this little poem?
Posted by Roger Neill at 12:51 1 comment:

Email ThisBlogThis!Share to TwitterShare to FacebookShare to Pinterest
Labels: Apollinaire, come to the edge, Logue, Saatchi

My first (fairly successful) innovation and a flop

When I left JWT, where I’d had a very menial series of jobs starting with the mail room, I was lucky enough to land my first real break in “adland”, as Assistant Account Executive on what was then the UK’s largest single TV advertiser, Rowntree’s. I was twenty-three.

It shows the subservient role that innovation had then, that while the experienced folk were managing the main established brands, I was immediately assigned to the two new ones in the pipeline, a carbonated soft drink brand called POP (that sank without trace), and a small round fruity sweetie in a bag aimed at young children and their concerned mums.

That one, Jellytots, passed its fortieth birthday two years ago. Tightly targeted, it was never going to be a major player, but the fact that it still holds the stage is testament to the clarity of thinking and creative expression, in both company and agency, that went into the brand’s initial strategy, product, packaging and advertising.

Rather extraordinarily, Jellytots was the favourite of my now seven year-old when she was around four.

There is no doubt that I learned massive amounts about what works and what doesn’t in innovation from that seminal experience long ago.
What was your first innovation?
Posted by Roger Neill at 12:14 1 comment: