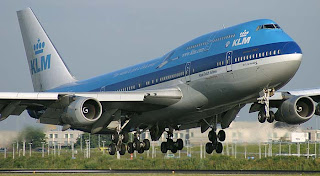 Just back from a trip to the Netherlands, I thought about the time we did the advertising for the airline.


We were working on a new strategy for KLM in Australia. Pleased with the result, I took it to the creative team and walked them through it, picking out all the most positive features one by one.


“Ah,” said the copywriter, “I think I’ve got it. World’s most boring airline.”


“Don’t misunderstand me,” he said. “Whoever wants to fly with the world’s most exciting airline?”

“She is literally a shining star at work.”


“We shall literally be up s**t creek without a paddle.”


Why is it that people say “literally”, when they mean “metaphorically”?


Is there something deeply difficult in understanding the difference?


Ease with metaphor is crucial to creativity. 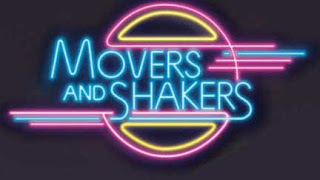 Interesting to note that the BBC has been using part of Arthur O’Shaughnessy’s poem of 1874, “Ode”, in a promo. This is the first stanza:


We are the music-makers,
And we are the dreamers of dreams,
Wandering by lone sea-breakers,
And sitting by desolate streams.
World-losers and world-forsakers,
Upon whom the pale moon gleams;
Yet we are the movers and shakers,
Of the world forever, it seems.


So that’s where “movers and shakers” comes from…


And the music-makers? I take him to mean creative people in all walks of life… And their isolation.
Posted by Roger Neill at 08:54 No comments:

A gem that has emerged from the new exhibition at the National Museum of Australia in Canberra, Glorious Days: Australia 1913 is the remark of the newly-elected Prime Minister, Joseph Cook.


He governed with a single seat majority, and, when challenged on his record, responded: “We’re doing nothing, and we’re doing it really well.”

Sad to note the passing of one of the giants of British trad jazz, trumpeter Kenny Ball.


Along with Chris Barber and Acker Bilk, we forget these days how big trad was in the late 1950s and early 60s, easily competing with the emergent Liverpool sound.
“Midnight in Moscow” and “Samantha” were his biggest hits.
When he left school, he joined the ad agency, J Walter Thompson, as a messenger, establishing a day job while he built his musical skills and reputation playing in evenings. I took the same route a few years later, but with a rather different outcome.
Because he was an “old boy”, he and his band used to be invited to play each year at JWT’s Dinner and Dance (yes, really) at the Hilton Hotel in Park Lane.
Happy music. Great for dancing.
Posted by Roger Neill at 07:53 3 comments:

Turning round a hairy mammoth 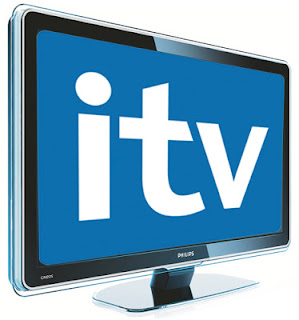 What an extraordinary thing is the turnaround in performance of the British terrestrial channel ITV.


By all the laws of nature, ITV should be the last of an endangered species, a hairy mammoth, surrounded by exciting new competitors using new technology and new routes to market, reflecting rapid changes in consumer attitudes and behaviour.


The current top management duo, CEO Adam Crozier and chairman Archie Norman, have brought about something of a miracle, turning a loss bequeathed to them by the outgoing chairman Lord Grade of £2.7bn in 2008 into a profit of £464m in 2012, an increase of 17% on 2011.


How did they do it? Well, there were lots of cost savings on the way, of course. But on their own these would only have slowed down the progress towards a painful end.


It seems to me that the main strategy has been to invest continuously in new programmes that people in large numbers want to watch (Champions League football and most recently Mr Selfridge), and in keeping fresh the major properties that already exist, some of them decades old (Coronation Street, X Factor, I’m a Celebrity… etc).


That’s what advertisers, the lifeblood of ITV, still look for. And that’s what they have been getting.


Will they be able to maintain their momentum? Only if they continue to invest in creative product and creative people – and make some good strategic investments along the way.


Of course Archie Norman (together with Allan Leighton) wrought a similar miracle with a previous dinosaur – the ASDA supermarket chain.
Posted by Roger Neill at 11:00 1 comment: 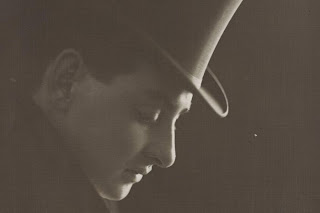 Together with my colleague Tony Locantro, I’ve been helping the National Museum of Australia in the run-up to a major exhibition, Glorious Days, focused on Australia in 1913. That was the year that the capital city, Canberra, was conceived. It opened today.


Initially I was commissioned to research and write an essay on music in Australia in that year. Then they decided to explore the possibility of complementing the images and objects of that part of the show with a sound-track of relevant recordings.


So Tony and I found and compiled a tracklist, including the statuesque contralto Dame Clara Butt, the great Irish tenor John McCormack, the Australian music hall artiste Florrie Forde ‒ and located the recordings.


Job done. Or so we thought. But one of the curators in Canberra, Anthea Gunn, said: “What about Borneo Gardiner?”


Borneo who? Well, it turns out that he was a whistler, a “siffleur”. A really brilliant, musical one, who earned his living in vaudeville – first in his home country, New Zealand, then in Australia in 1913, and finally settling in England before the First World War.


Finding a recording by him was not so easy. We thought we had tracked one down at Syracuse University in New York, but they didn’t have it. Eventually he turned up in the library of the University of California Santa Barbara. And in fine condition.


So visitors to the exhibition will be among the first to hear this extraordinary talent in nearly a hundred years.


How well he would do nowadays on “Britain’s Got Talent” (or its Australasian equivalents). 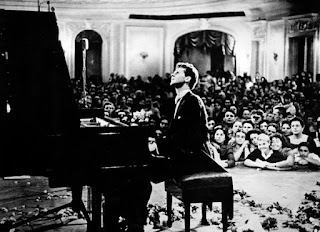 I just discovered (from an interesting piece by Andrei Gavrilov on the recently-deceased American pianist Van Cliburn, winner of the first Tchaikovsky prize in Moscow in 1958) that the Soviet term for people was “human material”.

Thinking about it, I’m not at all sure that it’s any more ghastly than the current Western term (originating from the land of the free), “human resources” (or even just HR).


Both seem to me to de-humanise us, reducing us to featureless commodities.


What on earth was wrong with the previous descriptor, personnel?
Posted by Roger Neill at 09:29 5 comments: 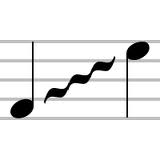 
If you listen to early recordings from around 1900 until the First World War, all musicians – singers, string and woodwind players, chamber groups, orchestras etc – used to slide between notes naturally, using portamento.


Then, sometime in the 1920s, the musical world decided that portamento was vulgar, and so it quite quickly became forbidden, a sign that performers who used it were irredeemably old-fashioned and lacking in taste.


Of course, in more recent times, players have been very interested in understanding how performers from the time of a composition actually played, and so, among other things, they have modified the way they use vibrato. And, unlike earlier generations, one can actually hear from recordings how leading players from the pre-WWI period used portamento.


But players still seem wary about its use, as though they still might be seen as unnecessarily sentimental. But it’s not sentimental to use portamento to create feeling. It’s what all the best players (and orchestras) did.


For me, to play Mahler, Richard Strauss, Debussy, Elgar and their contemporaries without it is to sell them short.


BTW, the Society’s by-laws: one paid-up member only. (Me.) Very happy to have friends and supporters…
Posted by Roger Neill at 09:10 3 comments: