I shared this wonderful poem by the Indian poet and philosopher, Rabindranath Tagore, with participants in my Creative Leadership masterclass in September:

WHERE the mind is without fear and the head is held high
Where knowledge is free
Where the world has not been broken up into fragments
By narrow domestic walls
Where words come out from the depth of truth
Where tireless striving stretches its arms towards perfection
Where the clear stream of reason has not lost its way
Into the dreary desert sand of dead habit
Where the mind is led forward by thee
Into ever-widening thought and action
Into that heaven of freedom, my Father, let my country awake.

I wonder what it says to you?

By the way, the final masterclass of the series – “Turning Ideas into Action” – will be at Cass Business School in London on Thursday 11 November. http://bit.ly/9JfYAc
Posted by Roger Neill at 21:43 2 comments: 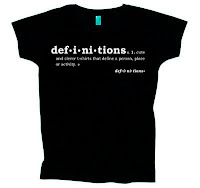 I find in academe (more than in the commercial world) that a great deal of time is spent in discussing definitions. This seems true of all disciplines, but of course it impacts on me particularly when people say, for example, “What exactly do we mean by innovation (or creativity or leadership or ideas or concepts or whatever)?”

It’s never appealed to me much as an approach. A great deal of time and intellectual energy is consumed getting to “Go”. Sometimes that process never seems to stop – as though finding the perfect definition is itself the purpose of the exercise. The consequence, of course, is that correspondingly less time is spent addressing the issue in hand.

The philosopher of science, Professor Karl Popper (of whom I wrote on October 11 - "Searching for flaws"), was equally dismissive of this syndrome, which I call definitionitis. Definitions, he pointed out, are by their nature tautological, and therefore of limited value in the problem-solving arena. A second consequence is that definitions laboriously arrived at can have the unintended effect of excluding interesting, speculative, lateral ideas – ideas which might lead to previously unconsidered new hypotheses, approaches and solutions.

Popper believed that discussion of the meaning of words can become not only unhelpful (and boring), but can actually be destructive. He was of the view that creative discussion itself, uninhibited by prior agreement around the meanings of terms being used, was more likely to lead to breakthrough ideas.

Have you been in situations where inability to move past the defining of terms led to short- or long-term paralysis?

By the way, it’s exactly a year since I started this blog. Let me know if there are particular issues you’d like aired in it.
Posted by Roger Neill at 08:45 3 comments:

Starting out at Grand Hotel Quite often I get asked about playing as a rock musician at the start of my working life.

Of course I did have a day job as well – as a mailboy at 40 Berkeley Square in the middle of London’s Mayfair district, the home of the leading ad agency in Britain at that time, J Walter Thompson. Coming as I did from a Midland town, I thought Mayfair was clearly the epicentre of the universe. These were the early days of the Beatles, the Rolling Stones, Mary Quant and all that.

Initially I played in a not-so-great band on the South Coast. I was nineteen years old and the most memorable thing about it was that over weekends I would stay with the manager of our band, also nineteen, who just happened to be the son of the manager of the Grand Hotel in Eastbourne. So of a Saturday and Sunday morning, following a gig, we would eat a sumptuous late breakfast, served by the head butler. Then I would take a leisurely morning by the pool, chatting with whichever celebrity guests happened to be staying at the Grand. These were the first celebs I ever met. They must have been thrilled.

Later I was invited to play with a much better outfit, The Idle Hands, based nearer home in London – in heavenly Hampstead. But that’s another story.

There is no doubt that I learned three big things from those early performing experiences: the paramount importance of good product, constantly evolving; the value of good presentation; and the need to negotiate what the market will bear. Not more, not less.

What was your first job and what did you learn from it?
Posted by Roger Neill at 09:35 3 comments:

Edison and Turning Ideas into Action 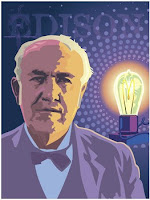 For several years I have been talking with participants in innovation workshops around the world about the American inventor, Thomas Edison, and recommending that they study him - his ways of thinking and his methods.

Luckily, Mr Edison will be with us at the last of a short series of innovation masterclasses – “Turning Ideas into Action” – at Cass Business School in London on Thursday 11 November. http://bit.ly/9JfYAc

While Edison’s reputation as an inventor of genius, perhaps the greatest the world has known, is secure and acknowledged throughout the world, his pioneering role - as the father of innovation management - is less widely recognised or understood.

This situation was substantially of his own making, the result of his consistent management of his personal “brand” – a term from a later era, but one which he would have understood well. Edison the Great Inventor bestrode the media of his era, personally creating and managing his reputation as a genius and becoming as a consequence a major celebrity in his own lifetime.

In reality he managed multiple parallel project teams from quite early in his career – teams consisting of brilliant and diverse talents, working together to solve problems and find new solutions. He and his teams often worked by trial and error, assessing sometimes thousands of different possibilities before arriving at an ideal solution.

So, over a century later, why are there such intractable problems in turning ideas into action?
Posted by Roger Neill at 16:24 No comments: 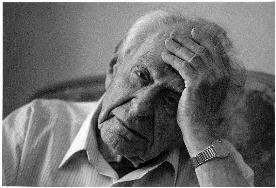 At last week’s Brand Renovation Masterclass at Cass Business School, our guest speaker David Walker talked about the need to use testing and research not as stop/go indicators, but rather as springboards to improving the innovation or renovation.

It put me in mind of the great philosopher of science, Karl Popper. Popper totally rejected the commonly-held notion of scientific method – that research leads to knowledge and that knowledge leads to ideas or hypotheses.

Popper held that the only reason for conducting research is because you have an idea in the first place (however sketchy it is) – and the purpose of research is to test the idea rigorously, so that it can be improved. In short, in research we are not looking for confirmation of the concept, rather trying to identify flaws, so that they can be problem-solved.

As he put it: “Science must begin with myths, and with the criticism of myths.”

So often, in the commercial world, managements want the warm and comforting feeling from the data that they are backing a winner – and end up going to market with an innovation that does not work in practice in some way or other because there are still issues that need to be addressed.

And in academia, I often seem to read papers that apparently have no idea behind them at all. Often the work is prefaced by a question to be answered, where no one has interrogated the idea behind the question. The result is usually just to add to the bottomless pit of never-to-be-seen-again “knowledge”.

A useful way of thinking about all this is to focus at each stage on the question, “What’s our BEST CURRENT THINKING?”, and go forward from there.

Views?
Posted by Roger Neill at 09:38 No comments:

Do not fear mistakes 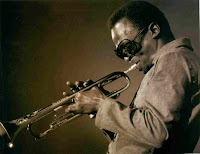 “Do not fear mistakes,” said the great American jazz trumpeter, Miles Davis. “There are none.”

(I usually have “Kind of Blue” in my car. Desert island music.)

It reminds me of what the inventor, Buckminster Fuller (he of the geodesic dome), wrote on a related theme: “There is no such thing as a failed experiment, only experiments with unexpected outcomes.”

So many successes emerge (sooner or later) from so-called mistakes and failures.
Posted by Roger Neill at 14:26 No comments:

The strangulating undergrowth of IP law 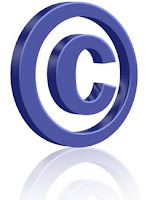 A paper given by Dr Lucy Montgomery of Queensland University of Technology at last week’s Cultural and Creative Industries Symposium (at the House of Lords in London) started me thinking again about the whole business of intellectual property law and its negative role in our society now.

German historian, Eckhard Höffner, argues that Germany’s Great Leap Forward in the second half of the nineteenth century – from agrarian society to one of the world leaders industrially – sprang from the country’s lack of copyright laws. Thus ideas and knowledge spread quickly, spawning continuous innovation and entrepreneurial activity.

The same situation – lack of effective intellectual property constraints - applied to the USA in the same period and to Britain’s own leadership of the Industrial Revolution in the previous half century (although, as Höffner points out, the introduction of copyright law in Britain in 1710 did have something of a crippling effect, even then).

Now, of course, Europe and America are both enmeshed in IP laws of all kinds, all intended to protect (and enrich) originators, but at the same time placing comprehensive barriers in the path of innovative scientists, engineers, artists, writers, musicians, entrepreneurs and companies.

In the twenty-first century, the economic survival of the West in the face of intense competition from the East will depend on Europe’s and America’s ability to innovate. At the moment, the game is being played on a very uneven playing field.

India, China and other Asian countries have limited frameworks of intellectual property law, and what exists is scarcely enforced. The West, on the other hand, constantly extends the tentacles of IP restriction.

Europe and America, thinking that they have the moral and intellectual high ground, expend their energies nowadays seeking to persuade countries in Asia to adopt Western standards. There is little evidence that this strategy is working (or will ever work).

What is needed is a complete re-think. The West should start to dismantle the strangulating undergrowth of IP law, freeing up innovators and artists, entrepreneurs and organisations alike, to compete again on a global stage on an equal footing.
Posted by Roger Neill at 13:57 1 comment: