Support for Creative Leaders - I don't think so

Our Centre for Creativity at City University yesterday held a “Creative Leadership Summit” at Cass Business School – a select group of leaders assembled to explore the implications arising from IBM’s recent global study of Chief Executives.

That survey revealed for the first time that “creative leadership” is now the number one requirement from CEOs around the world, 60% of them naming it as their top priority. It is an extraordinary rise in the perceived importance of creativity to leadership, quite unprecedented.

First, current research conducted by Social Science colleagues at City makes it clear that less than a third of British organisations (29%) include innovativeness or creativity in their recruitment selection criteria. Yet the vast majority of our businesses (78%) recognise that innovation is vital to their future survival and success.

In short, unless these issues are addressed, we will simply not have the creative leaders and innovation needed to get Britain moving decisively out of the current economic doldrums. CEOs in both the public and private sectors need to understand these issues and take decisive action to remedy the situation.

But not only CEOs. Government can also play a much more dynamic role in re-shaping attitudes and behaviours.
Posted by Roger Neill at 15:45 No comments: 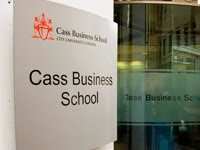 On Tuesday 17th I’ll be chairing a meeting of prominent leaders at Cass Business School in London aiming to shed light on “Creative Leadership”.

As I wrote recently, it was voted as their top requirement in an IBM survey of 1,500 CEOs worldwide. But what does it really mean? Why is it so important? Are Creative Leaders properly supported and promoted? Is their special ability fully recognised and rewarded? Do recruitment processes make it easy for Creative Leaders to be hired?

I’ve already had valuable feedback by email. But what do YOU think about all this?
Posted by Roger Neill at 11:55 No comments: