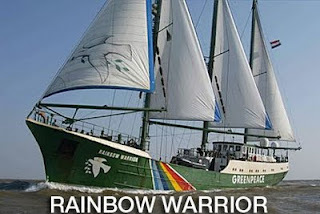 Shortly after the bombing of Greenpeace’s Rainbow Warrior in Auckland Harbour in 1985 – I was there and heard the blast – I was having lunch in Sydney with my then boss, regional director Jean-François Lacour.

“What’s the French for fair play?” I asked provocatively.

The French government of the day had decided that interference in their atomic testing programme had gone far enough and had sent secret service agents to deal with Rainbow Warrior.

Their action appalled New Zealanders. And I myself was outraged and thought it a clear breach of the unwritten rules of fairness.

Lacour thought for a moment. “Le Fair Play,” he responded.

Of course, the concept of fairness does not rank high in the value system of the French, whereas for Australians and New Zealanders it comes right at the top of the pile.

Now, some twenty six years later, I’m much less clear as to how to understand the notion, nor how to know it when you’ve got it.

Will Hutton has recently published a book entitled Them and Us: Politics, Greed and Inequality – Why we need a Fair Society. If you decide to read it, do let me know if he gets anywhere useful in defining fairness.

Is it the same as “win-win”? Or something else entirely?
Posted by Roger Neill at 11:47 1 comment: 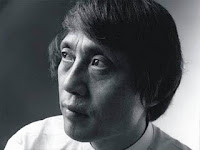 Nemawashi and the way many giant Japanese corporations were set up does stifle creativity. For example the way the companies also shy away from creating specialists, constantly moving people around, creating armies of generalists - it was designed like that to serve a purpose.

I moved to Japan in 1989 and lived there until three years ago, so my observations may already be dated.

I feel like Japan went through the social revolution the West experienced post-war (and then in the 50s, 60s and 70s) all at once during the time I lived there. Then suddenly they did the 80s and 90s too, catching up with the rest of the world socially.

I'm sure you will have seen and experienced that business-wise there have been massive changes - many of them forced by the fact that we (or "KK Japan") found the existing system wasn't working well for us any more. Everyone was still very attached to the value systems of the old ways, but we all knew things had to change. After the economic bubble burst, there were no real wake-up calls for years. In the early 90s the international news reported the state of the Japanese economy. In Japan the hedonism of wealth reigned for years to come, particularly in the thriving cities.

All of those massive corporations who were the saviors of the nation after the war - employing the Japanese army, creating a manufacturing, corporate and then financial services sector - they could not have succeeded without the systems and processes that most agree are now "preventing Japan from coming up with major breakthroughs".

It was not until the late 1990s that things really began to change dramatically - the situation of many major corporations was desperate. Nissan's appointment of Carlos Ghosn, a Lebanese Frenchman who came in and slashed the company into shape, was a major source of shame and awakening for Japan. Ghosn became national hero and eventually this trickled down to an acceptance of the fact that change was needed, and that it's often easier for outsiders to do it. Although the Nissan story is an extraordinary one, many corporations kept the blinkers on.

But everyone knew the unspoken words: job for life was no more and KK Japan was dissolving like an aspirin. During the same period doors opened to foreign investment, first a little and then the flood gates opened in the twenty-first century.

During my years in Japan I've been privileged to meet and spend time with some of the fires who lit up the massive corporations of innovation, like Morita-san of Sony. These men were leaders, warriors, heroes, but the system could not work with too many like that - one leader for an army, that's how the system succeeded.
I've spent a lot more time with the second generations, the sons of these famous leaders. There lies a big problem for Japan, but most companies have dealt with it cleverly, elevating these people to positions suited to them. The PR value of having a direct relative is immense and will always be beneficial, but kids don't always share Dad's genius for leadership.

I'm inspired by people like Tadao Ando (above). When I first met Ando-san he was a radical. Later he was recognized as one of the world's most incredible architects. Self-educated, he had been a truck driver and a professional boxer. His twin brother, Kitayama, who had his institute near my Tokyo home, was one of Japan's most creative and dynamic town planners. The two were separated as infants and adopted by different families. Neither was able to tread the corporate path - and they became leaders in their own right. There are many stories of success and creativity like theirs, perhaps not so well-known. Ando-Sensei will be 70 this year. It's good to know that even a difficult entrenched system designed to hold people back can recognize a genius such as Ando.

Small business - this is where Japan is excelling. The twenty-first century opened up a reduced-fee company-founding system and much reduction in red tape. There is strong recognition of the fact that small businesses are able to make decisions fast and move forward quickly. It's just a matter of figuring out how the armies are going to be employed and who will foot the bill.
Posted by Roger Neill at 07:17 1 comment:

A friend who does much business in Japan emailed me (just hours before the tsunami struck) to say: “I'm in Japan on business again and thinking how much Japanese business needs some creative thinking.”
He continues: “After many years of coming here, I really feel as if the country is reverting to type as an insular, protected society. With due respect to the Japanese, they need to break out of this.”
That’s my sense too. I have been visiting Japan to work with companies there over a thirty year period and have worked with Japanese companies outside of their home market for several years longer than that.
It seems to be something of a mystery as to why the Japanese should be so effective in obtaining continuous incremental innovation, yet so ineffective in developing real breakthroughs.
Of course, the former has a highly systematic approach behind it which really works, a key part of which is a process called nemawashi. Literally, nemawashi means “preparing the roots”, being an metaphor from rice-growing. Preparing the roots so that the plant shall grow strong.
In organisations, nemawashi means building support for a project by gaining feedback (and buy-in) from all the key players ahead of a decision-making meeting. Of course, it is designed to maintain harmony and build consensus.
And therein lies the problem. The more radical, disruptive, out-of-the-box a new idea is, the more certain it is not to survive the process of nemawashi. It’s so deeply ingrained in the culture that breaking away from it would be really hard to bring about.
A possible way forward is to get away from the highly disciplined Japanese workplace, and to create a temporary climate where collaborative wishing and dreaming can take place without the intrusion of nemawashi.
Posted by Roger Neill at 00:29 1 comment:

Speaking a short while before the election that propelled him to be Prime Minister, David Cameron said: “Innovation must be at the heart of public policy.” Did I miss something since then? Enterprise and entrepreneurship are now rightly central to government rhetoric and policy if the British economy is to move into real growth. But creativity and innovation? Scarcely to be seen or heard of. Yet critical to enterprise and entrepreneurship.
Posted by Roger Neill at 14:29 No comments: 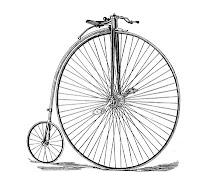 There are always problems in recognising breakthrough innovations at the initial idea stage.
Incremental innovations are a doddle to get by comparison. I’m sure there are no hard and fast rules. But generally real breakthrough ideas do make one feel uncomfortable. Sometimes even slightly cross.
The real question to ask is: is it really intriguing? Is there something about it that, although it feels unnerving, has one sensing that it just might change the game, be disruptive, break current rules, create a new way of being?
Sir Francis Bacon, a contemporary of Shakespeare (wrongly believed by some to have written those amazing plays and poems), wrote: “There is no excellent beauty that hath not some strangeness in proportion.”
Worth bearing in mind when you’re confronted with tomorrow’s equivalent of the internet, the mobile phone, the airplane, the bicycle, the light bulb, the plough, the wheel…
Posted by Roger Neill at 06:36 No comments: