Being remembered and being forgotten 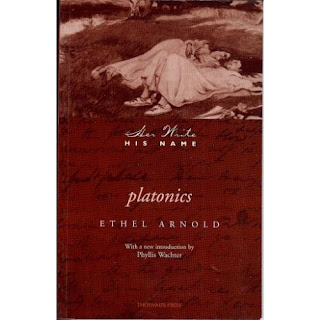 Born in Tasmania in 1851, where her father Tom Arnold was Inspector of Schools ‒ her mother Julia, née Sorell, was the daughter of a previous governor of the island ‒ Mary Arnold became one of the most admired authors of the late Victorian and Edwardian eras. The Arnolds were an extraordinary family: Mary Arnold’s uncle was the poet Matthew Arnold, her grandfather Dr Arnold, the famous headmaster of Rugby School.


As a writer Mary used her married name – Mrs Humphry Ward – and best-sellers rolled from her pen at regular intervals. She became a genuinely powerful leader of society, committed to a range of important causes and charities, her opinion sought by the great and good.


By contrast, her younger sister Ethel Arnold was a problem. Ethel remained a lifelong spinster, taking care in the declining years first of her mother, then her father. Her sister Mary struggled to find her some useful employment, none of which stuck for long. For a while she worked in London with the Australian portrait photographer Walter Barnett. Mary caricatured Ethel in her novel Eleanor as hypochondriacal and somewhat bonkers.


And in 1894 Ethel published her only novel, Platonics, which sank without trace.


How ironic, then, that Mrs Humphry Ward’s life and work is substantially forgotten now, whereas Platonics has in recent years become a “revolutionary text” (in the words of Phyllis Wachter), an early exploration of romantic relationships between women.
Posted by Roger Neill at 08:28 2 comments: 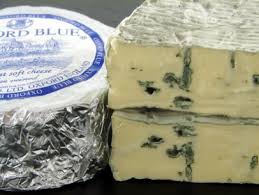 A favourite cheese in our house is Oxford Blue. Have you tried it?


It was launched in 1995 by an English-educated Frenchman, Baron Robert Pouget, who was looking to develop for the British market a more creamy and less sharp blue cheese than the existing market leader, Stilton. Something closer to the French St Agur or the Italian Gorgonzola.


Since that time it has gradually built sales to become a regular fixture in the marketplace. Though in farm shops and the like, not in supermarkets.


According to Pouget the insight behind the product came from conversations he had with college chefs in Oxford, who told him that the dons would be more likely to choose that kind of cheese if it were made in England. He called it Oxford Blue because “it was the obvious name”.


The background of this interesting innovator? After studying at Cambridge, he joined the French Marines, serving in the Algerian War, then becoming an artist and furniture designer based in Gloucestershire.


If I could offer you a taste of delicious Oxford Blue, I would.
Posted by Roger Neill at 07:40 1 comment: 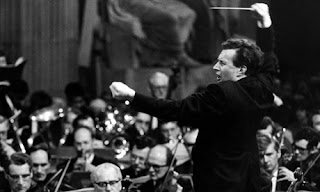 As a young man Colin Davis came to conduct a concert at school. Was it in 1958? With the BBC Symphony Orchestra? And which Stravinsky did he conduct so blisteringly? The Rite of Spring probably. My first ear-opening experience of that composer.


My study-mate at Uppingham, Nick Billingham, announced that he would obviously become a star. “How do you know?” I asked him. “Well, he came on quickly, and with a little skip,” said Nick, as if this was the most obvious and conclusive evidence.


Then, a couple of years later, my mother took me to my first opera – Carmen at the Coventry Theatre. It was the Sadler’s Wells company – conducted by Colin Davis, of course – and it lit a flame for life.


He seems to have been ever-present in my musical life since those days. Mozart’s Marriage of Figaro and Britten’s Peter Grimes (with the incomparable Jon Vickers) at Covent Garden. Berlioz’s Trojans at the Barbican. Just three special memories. And so many fine recordings. 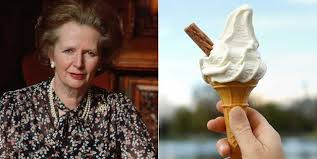 Having myself worked on innovation and marketing in ice cream for so long, it came as quite a shock to discover in the broadcast of Margaret Thatcher’s funeral that she was involved in the development of Mr Whippy soft ice cream.


Of course, one knew that before she was a politician she had been a research chemist at Oxford University. After Oxford she had joined the R&D department of J Lyons ice cream (now part of the Nestlé food giant).


Soft ice cream itself had originated in the USA before the Second World War. What she and the team at Lyons did in the late 1950s was to discover how to pump extra air into ice cream. Lyons Maid launched Mr Softee and Wall’s (Unilever) responded with Mr Whippy, which rapidly became market leader in Britain.


It transformed the market – in take-home ice cream as well as in van sales.


Not so many political leaders can have had a grounding in practical innovation. 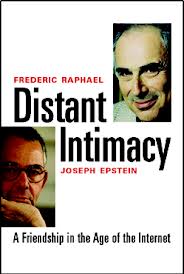 I’ve written previously about the pleasures of reading book reviews. And the time saved in not reading the books themselves (except on an occasional basis).


This came to mind rather forcibly in the case of a new tome, Distant Intimacy: A Friendship in the Age of the Internet. It’s a book filled with the email correspondence between two famous writers who have never met – Frederic Raphael in England and Joseph Epstein in America.


Judging by David Collard’s review in the current issue of the Literary Review, it consists mostly of personal self-congratulation and contempt for other writers.

The end is the beginning 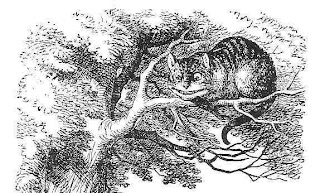 “Would you tell me, please, which way I ought to go from here?” Alice asked the Cheshire Cat.


“That depends a good deal on where you want to get to,” said the Cat.


“Then it doesn’t matter which way you go,” said the Cat.


Having a clear goal, a destination, is really valuable in setting a sense of direction for any individual or team.


If you don’t know where you are going, any road will do.

If not now, when? 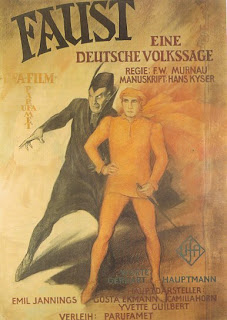 Take the initiative. Get started.


In the words of the great German poet, Goethe: 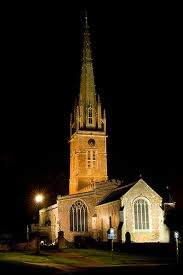 The organist and director of music at Birmingham Cathedral, Marcus Huxley, came to play for us - a lovely organ recital at our parish church in King’s Sutton last Saturday.


It brought to mind his wonderful mother, Molly Huxley, who had lived for many years in the village. She was a vibrant personality who had a chemistry degree from Oxford and coached young people in mathematics in later life.


When she was just a few days old, I took my now eleven year old daughter Dora to see Molly.


“I’d like to book you to teach her calculus,” I told Molly, who was approaching 100.


"Well, she’s going to have to learn quadratic equations first,” she responded, quick as a flash.
Posted by Roger Neill at 17:12 No comments: