Credit where credit is due? 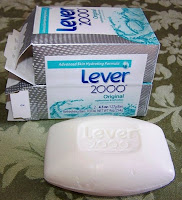 Years ago I went to see a client at Unilever in New York whom I’d worked with previously in Australia. At the time he was being fêted as Mr Innovation in the company worldwide, having presided over the tremendous success of a new soap brand. His opinions were sought continuously on how it should be done, on the terrific culture he’d built, on every aspect of his innovation skills.

We chatted for a while about the brand and then I said: “You know, we were pretty happy about the role we played.”

“Really? he said. “I never heard about that. Surely not.”

“Well, yes,” I said, “we facilitated the workshop when the basic brand idea was created.”

“Well, I brought along the minutes from the meeting. Here – take a look.”

By this time there’s no doubt he was somewhat embarrassed.

How could this disconnect have happened?

Quite simply, he was the third team leader on the project. There had been one at the inception. That’s when we had been involved. Then one who managed the development of all aspects of the mix into test market. Then, finally, my friend, who had brilliantly led the rollout coast-to-coast.

And, in the handovers, no mention had been made of our part in it.

Is good creative facilitation so unimportant, so forgettable? Maybe it is. But, without it, would the brand ever have been created?
Posted by Roger Neill at 07:26 No comments: 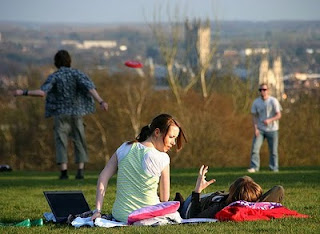 We had a Creativity Research Network meeting yesterday at beautiful Kent University in Canterbury – Creative Campus was the theme of the day – and it was followed by the opening of the newly transformed foyer of their Marlowe Building, just one of the Creative Campus initiatives.

Making the necessary unveiling speech the Senior Deputy Vice-Chancellor, Professor David Nightingale, observed that many of the most interesting innovations are born out of individual and team passion, not resulting from any particularly well-formed strategy. In fact, he went on, so often the strategy is only formed once a new idea has been both born and successfully implemented.

It made me think of my time at Saatchi & Saatchi. I had been brought up before Saatchi in highly disciplined, “professional” advertising agencies, where the strategy would be sweated over for months, sometimes (as with P&G) years. When, and only when, that phase was totally complete would the creative people be approached to start work.

What I discovered at Saatchi’s was that, invariably, the best, the most exciting and salient work would be created in exactly the opposite direction. Long before a strategy had been formulated (or even thought about in any depth), the creatives would be presented with the product or service and challenged to come up with something brilliant. When they had achieved that, the strategy behind their work would be formulated and researched.

The work was then presented to client in the usual sequence: strategy then creative. After all, that’s what clients imagined to be the only “professional” way. How shocked they might have been if they had discovered the truth.

It changed my own thinking dramatically. In fact, there may be something profoundly dulling in the traditional sequence. How inspiring that Professor Nightingale should know all that.

Do you have examples of brilliant new ideas preceding strategy?
Posted by Roger Neill at 14:42 2 comments: 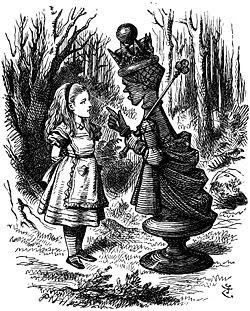 The Queen remarked: “Now I'll give you something to believe. I’m just a hundred and one, five months and a day.”
“I can’t believe that!” said Alice.
“Can’t you?” the Queen said in a pitying tone. “Try again: draw a long breath, and shut your eyes.”
Alice laughed. “There’s no use trying,” she said: one can’t believe impossible things.”
“I dare say you haven’t had much practice,” said the Queen. “When I was your age, I always did it for half-an-hour a day. Why sometimes I’ve believed as many as six impossible things before breakfast.”
Lewis Carroll, Through the Looking Glass

Is the pre-breakfast time best for new ideas? I like it myself.

Is deep breathing and shutting the eyes useful?

Is practice important in developing creative skills? I’m sure it is.

But how about impossibility?

Einstein wrote: “If at first the idea is not absurd, there’s no hope for it.” Everything that exists, all knowledge, was once invented or discovered. And quite usually the new idea or discovery can seem impossible (or absurd) to existing “experts” in the field.
Posted by Roger Neill at 16:25 1 comment: 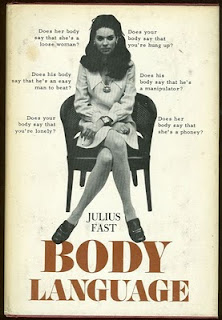 Thinking about non-verbal communication, I thought I’d look out the book that made the whole concept famous – Julius Fast’s seminal Body Language of 1970.

I knew that it had been a best seller – some three million copies have been sold to date – but I’d always assumed that he was some kind of academic who had done ground-breaking research in the area. Quite wrong.

In fact Fast was primarily a popular novelist. It’s true that he also wrote and edited pieces for a medical magazine, but even there he was dealing with the findings from other people’s work. The major research that Fast used was done in the 1950s and 60s by RL Birdwhistell, E Goffman and AE Scheflen.

What strikes one now about Fast’s Body Language is how dated it seems, both in its thinking and its photographs. Essentially the message appears to be: the effectiveness of your courting/mating rituals could be transformed if you were to master these ways of sitting/standing/moving. And of course, it’s all grounded in American culture, gesture etc. Not so very useful in China, India, Italy, Japan, France, Norway, Nigeria…

Those of you who have studied, for example, NLP will know how sophisticated and multi-purpose all this stuff has become over recent decades. So sophisticated that it seems to me to have reached a stage of willed manipulation, whereas in real life what people respond to best is genuine authenticity.

How to become skilled and yet remain authentic? Is that the challenge now?
Posted by Roger Neill at 09:26 No comments: