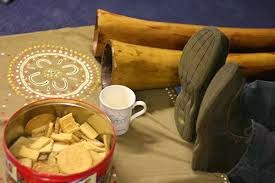 We had another ‘Come and Play’ in our village church recently. An amazing mix of local talent, from madrigals to Russ Conway and from jazz to Schumann: musical diversity all brought together by Sue Allen.


But the great eye-opener (ear-opener?) for me was the discovery of the Banbury Didgeridoo Club that apparently plays regularly in our Church Room in King’s Sutton – last Friday of every month at 8pm.


The guiding light of the club, Jono Guinness, played brilliantly, with all that extraordinary circular breathing which seems to defy nature. 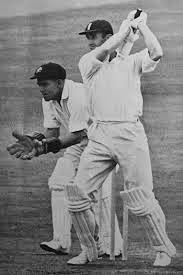 My friend Peter Quantrill recently took his eight year old son Alfred to his first first-class cricket match – at Lord’s no less. A success, he tells me.


It brought to mind my own first visit to that hallowed ground. I was nineteen or twenty, recently moved from small-town Nuneaton to London, invited by a school friend, Roger Guedalla. Privileged, we sat among the Members in the Pavilion.


The Gentlemen were playing the Players (don’t ask), and around noon that most elegant and powerful of batsmen, Ted Dexter, had scored thirty odd when he edged one to slip.


Irritated by his lack of concentration, an old codger among the Members growled to his neighbour, ‘Wally Hammond would have taken them to tea.’ 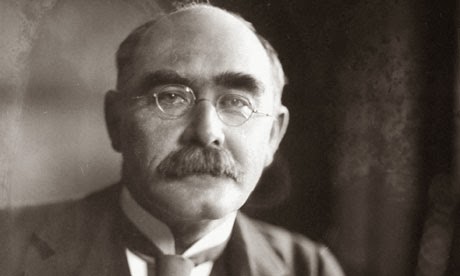 I went to our village Baptist church this Easter Sunday evening for ‘Songs of Praise’, a joint service. The minister, Sydneysider Steve Rodda, talked about Mary Magdalene, who asked a man she took to be the gardener where they had taken Jesus’s body. It’s one of the most touching moments in all the gospels.


Afterwards I talked to Steve about Rudyard Kipling’s story, ‘The Gardener’. It’s about a woman who goes in search of her nephew’s grave in Belgium after the end of the First World War.


A late work, it may be his finest, most poignant short story – Kipling lost his own son on the Western Front, of course. I re-read it often, as I did on my return home. Really, one has to go at it twice, maybe more often, to understand it more fully.


Here it is: http://www.greatwar.nl/books/gardener/gardener.html
Posted by Roger Neill at 08:14 4 comments:

Photography as Art: the work of Julia Margaret Cameron 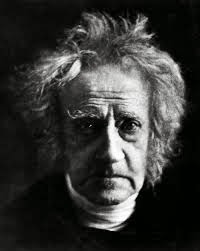 How amazing that Julia Margaret Cameron, one of the first to conceive of photography as an art form, should have attracted so many of the great and good of her age to the remote corner of the Isle of Wight where she lived, and then to have lured them in front of her camera.


We visited her house, Dimbola Lodge, at Freshwater Bay on the south-west coast of the island last week – now a museum dedicated to her work, together with that of her photographic followers. And while new technology of all kinds has brought colour, amazing lenses and instantaneous shutter speeds, none of that obscures the sheer genius of her work of 150 years ago.


Extraordinarily, she was already 48 years old, and had brought up a family, before she owned a camera – given to her as a gift by her daughter in 1863 – and her whole oeuvre was created over a period of just eleven years.


Aside from all the wonderful pictures of her family, the roll-call of her sitters reads as a who’s who of that period – scientists, artists, writers, actors – including Darwin, Ellen Terry, Holman Hunt, Tennyson, Longfellow, GF Watts, Robert Browning and his wife Elizabeth Barrett Browning, Carlyle, Millais, Burne-Jones and so on.


The seminal portrait above (from 1867) is of her photographic mentor, the astronomer Sir John Herschel.
Posted by Roger Neill at 10:34 3 comments: 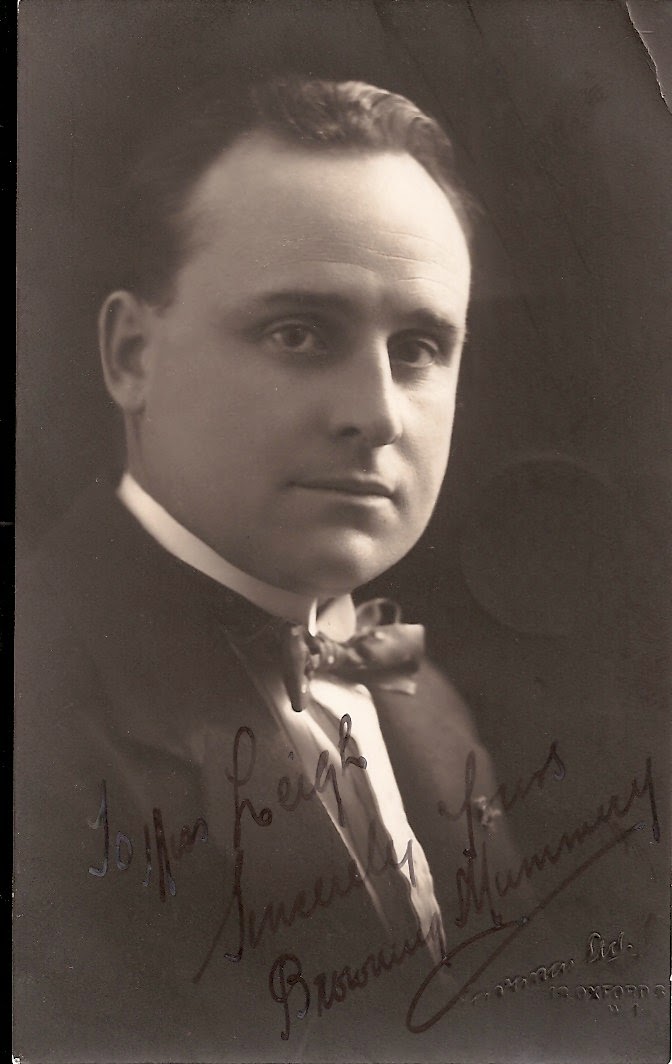 While Australia has produced a regal procession of sopranos over the course of a century and more, the tenors are not so well-remembered, none being in the Caruso/Pavarotti class, but here are ten that we’re including in ‘From Melba to Sutherland: Australian Singers on Record’:


As a young man, the earliest of them, Browning Mummery, sang with Nellie Melba at her famous 'Farewell' to Covent Garden in 1926, and the latest, the wonderful Albert Lance, sang with Maria Callas at her equally famous debut at the Opéra in Paris in 1958. 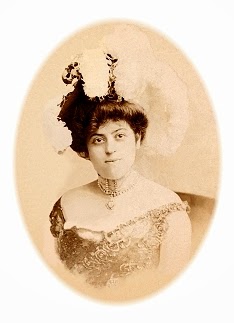 In researching ‘From Melba to Sutherland: Australian Singers on Record’, aside from the A-listers that I posted recently, all sorts of others came out of the woodwork. For example:


Syria Lamonte: (above) The only things that seemed to be known about her was that she was a ‘singing barmaid’ at Rules Restaurant in London, an Aussie (probably), and that she made among the first recordings outside America – in 1898.


Violet Mount: Who, unable to get into opera in London, went on the music halls masked as ‘L’Incognita’. There was speculation as to who she really was. The great Tetrazzini moonlighting, for example?


Lorna Sydney: A superb mezzo from Perth, who was interned in Austria as an alien in WW2, then went on to sing 47 leading roles at the State Opera in Vienna. 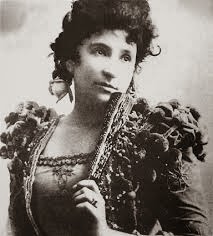 Someone started a thread on the unofficial BBC Radio 3 messageboards asking for nominations for the top ten sopranos.


It seemed to me that the emerging lists were filled with the usual suspects, and since I’m currently in the process (with Tony Locantro) of finishing up a 4 x CD set for Decca Australia entitled ‘From Melba to Sutherland: Australian Singers on Record’, this is the list I offered: 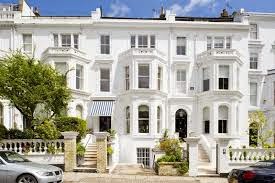 Walking from Kensington High Street to the Linley Sambourne House, we went down Argyll Street and it brought back memories of living in one of the fine houses there as a paying guest, fresh from small-town Nuneaton, in the early 1960s.


My hosts were the Bousfields. He had been Professor of English at Madras University and his wife was still working – at the Foreign Office in Whitehall. So most mornings she would drive me in her aged Austin 7 to my day job in the mail room at JWT in Berkeley Square.


The only problem, as I recall, was that she seemed unable to change gear. So, engine screaming, we stumbled along in first… along the High Street, through Knightsbridge… round Hyde Park Corner and into Piccadilly… where, quite relieved, I would be dropped off.
Posted by Roger Neill at 08:14 No comments: 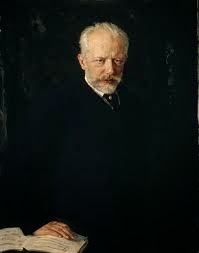 Chris McKay kindly sent me a piece on Tchaikovsky’s thoughts on inspiration and the lack of it. The composer makes inspiring (and experienced) observations on both sides of the matter. Here he is in a letter to his benefactor, Nadejna von Meck, in 1878:


In general it is suddenly and in an unexpected shape that the seed of a future work appears. If the soil is receptive, ie if it is disposed to work, this seed takes root with astonishing force and swiftness, shows itself above the ground, puts out a little stalk, leaves, twigs and finally flowers. I can most precisely describe the creative process by means of this metaphor… It is useless trying to find words to describe to you the unbounded sense of bliss that overcomes me when a new main idea appears and begins to take definite form…


Sometimes inspiration flies away for quite some time; one must seek it again, often in vain. Very often a completely cold rational technical process must be employed…


Here you very often have to overcome laziness, reluctance. Then certain things happen. Sometimes victory comes easily, sometimes inspiration slips away, eludes you. But I consider it is the duty of an artist never to give way, for laziness is a very powerful human trait… Inspiration is a guest who does not like visiting those who are lazy. She reveals herself to those who invite her.


I think this probably applies to all aspects of the creative life, whether in the arts or science or business, or anywhere else.
Posted by Roger Neill at 08:04 No comments: